Well it has been a few years since I have targeted Pike on Tipups here in Northeast Wisconsin, since I had been determined to figure out the Great Lakes Trout every chance I had!  Let me tell you it was a great change of pace being surrounded by tip ups and a great group of guys!

Our morning started off with the first flag popping at around 7:30.  To our surprise, the fish had taken a hot dog on a treble hook, a secret weapon for big Pike! 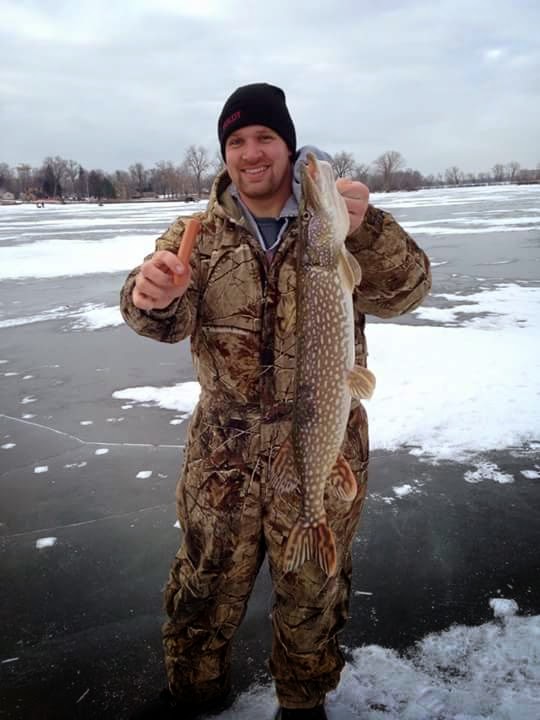 After a solid battle, my good friend Derek guided a 31.5" Pike through the hole!  This was a great start to our day, as all the tip ups hadn't even been deployed yet.  It also made for great conversation, as none of the other guys had ever heard of using hot dogs as bait!

A little while later we had two flags pop within seconds of one another!  This time we were less fortunate, as one was a 8" Perch and the other managed to get our Shiner but not the hook!  Despite the missed opportunity, we knew we were in for an action packed day of chasing flags on the ice! 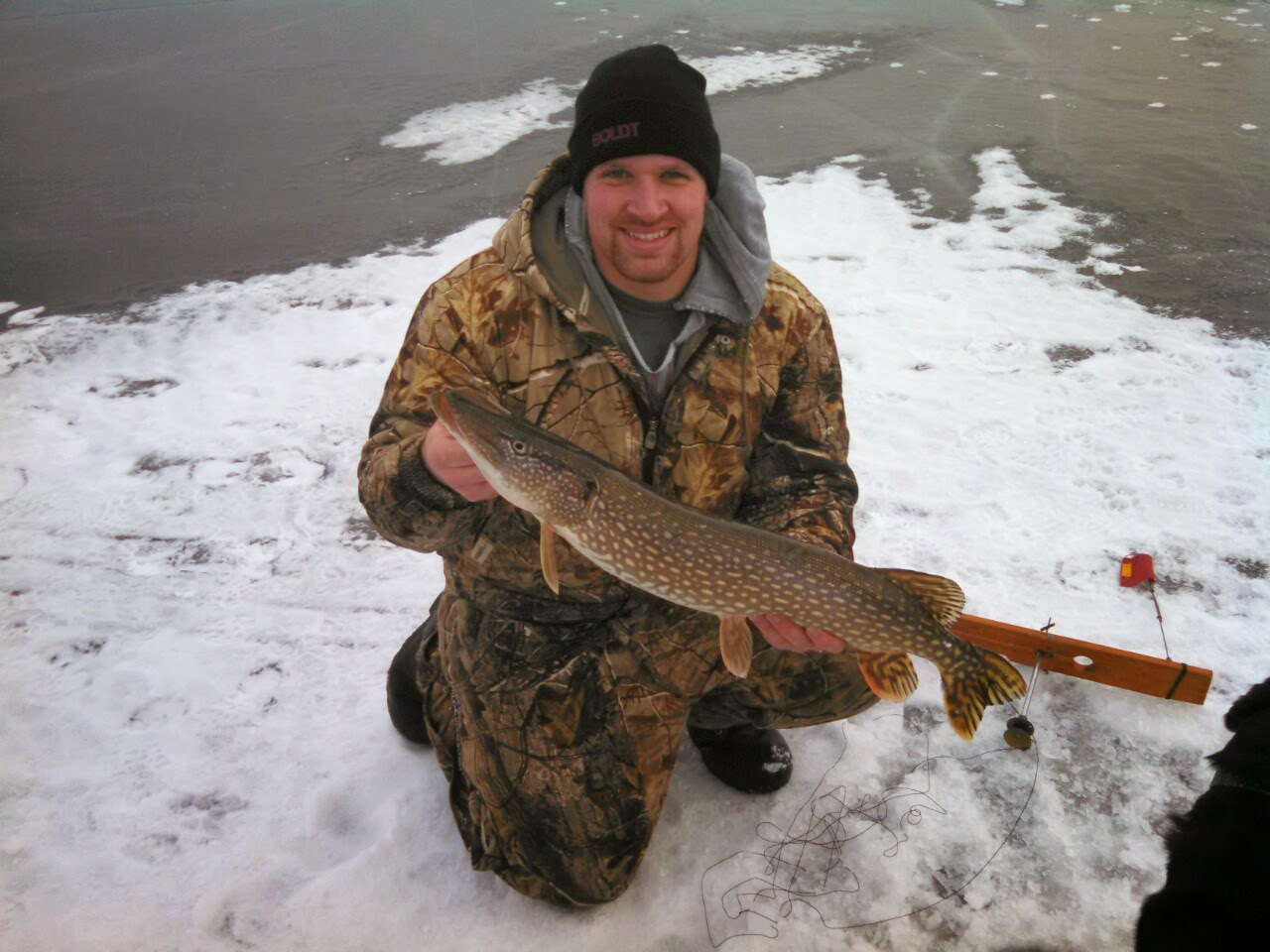 It wasn't more than 20 minutes when another flag tripped.  As we approached the tip up we noticed the spool slowly spinning, then it stopped for a few seconds, before the fish took off again!  This time Chris was able to hook the fish, and was quickly fighting another scrappy Pike.  This fish turned out to be smaller than the first one, but still reached that 26" mark.

There was a lull in our action, but in the midst of it a father and his young son landed a 35" Pike, which was really cool to watch from a distance as the two worked together to ice the beauty!  We all decided that a little game of football would get the fish to bite, so we setup a field and were about to play when a flag went up!  The five of us all ran over to the hole where Chris told me to take it even though it was his tip up.  I took him up on the offer and was able to land a 34" Pike after several big runs on a 10 pound leader! 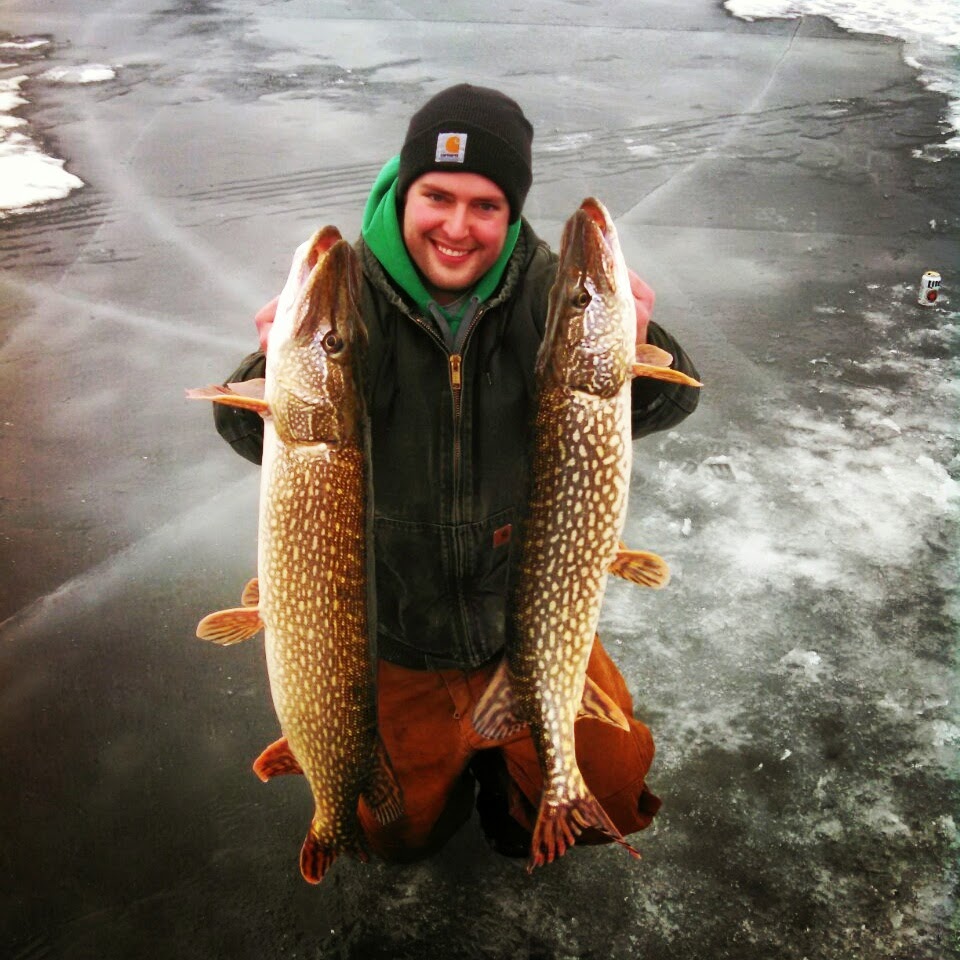 The football trick worked so well that we quickly went back to playing!  By third down of the first drive we noticed another flag up and once again went running!  This fish somehow managed to swim right at us and spit the hook after a brief battle.  You win some, you lose some in this game, so we simply reset the tip up and headed back for the football field.

After several possessions of football each and every one of us were wore right out, so we decided to give the football thing a break and go and check our tip ups.  We found that one of the tip ups had a fish take most of the line without tripping the flag, and then dropped the minnow. 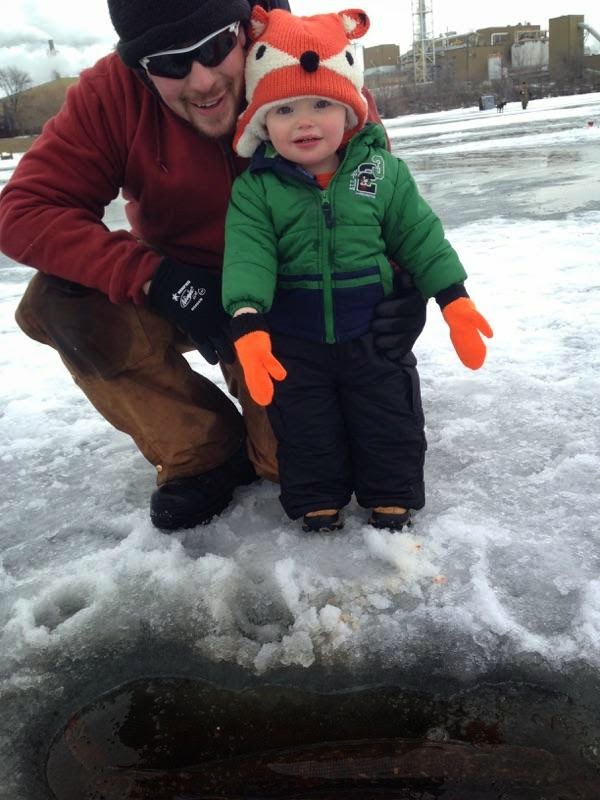 My wife and son also decided to stop out on the ice for a bit as the weather and fishing were too nice to pass up getting my son on the ice for his first ice fishing experience!  As they arrived, the fish went on a feeding frenzy, as we caught 3 and had one break us off over the next 45 minutes!  I couldn't have planned that out any better as my son was able to watch 3 nice Pike hit the ice! 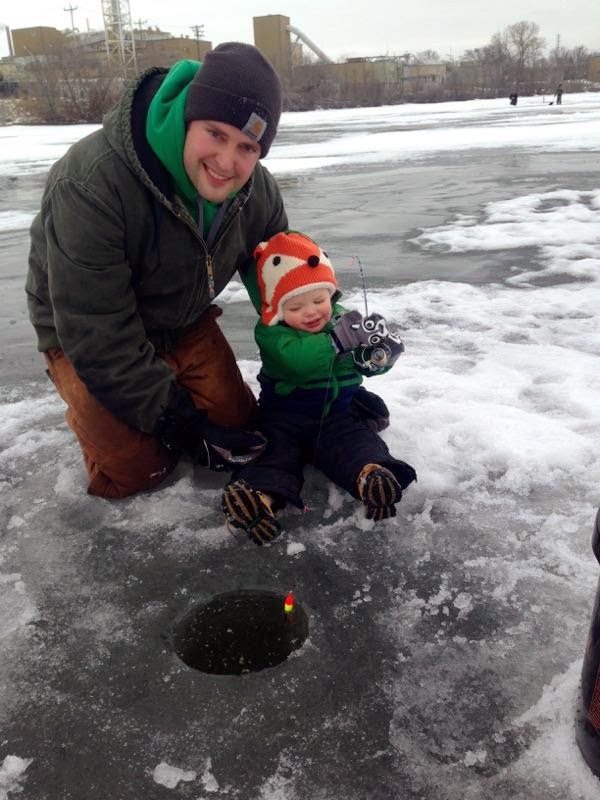 We also had a livewell in the ice where he was able to see the fish which he thought was the coolest thing!  We also attempted to catch some Perch, but unfortunately they didn't cooperate during my son's two minute attention span! 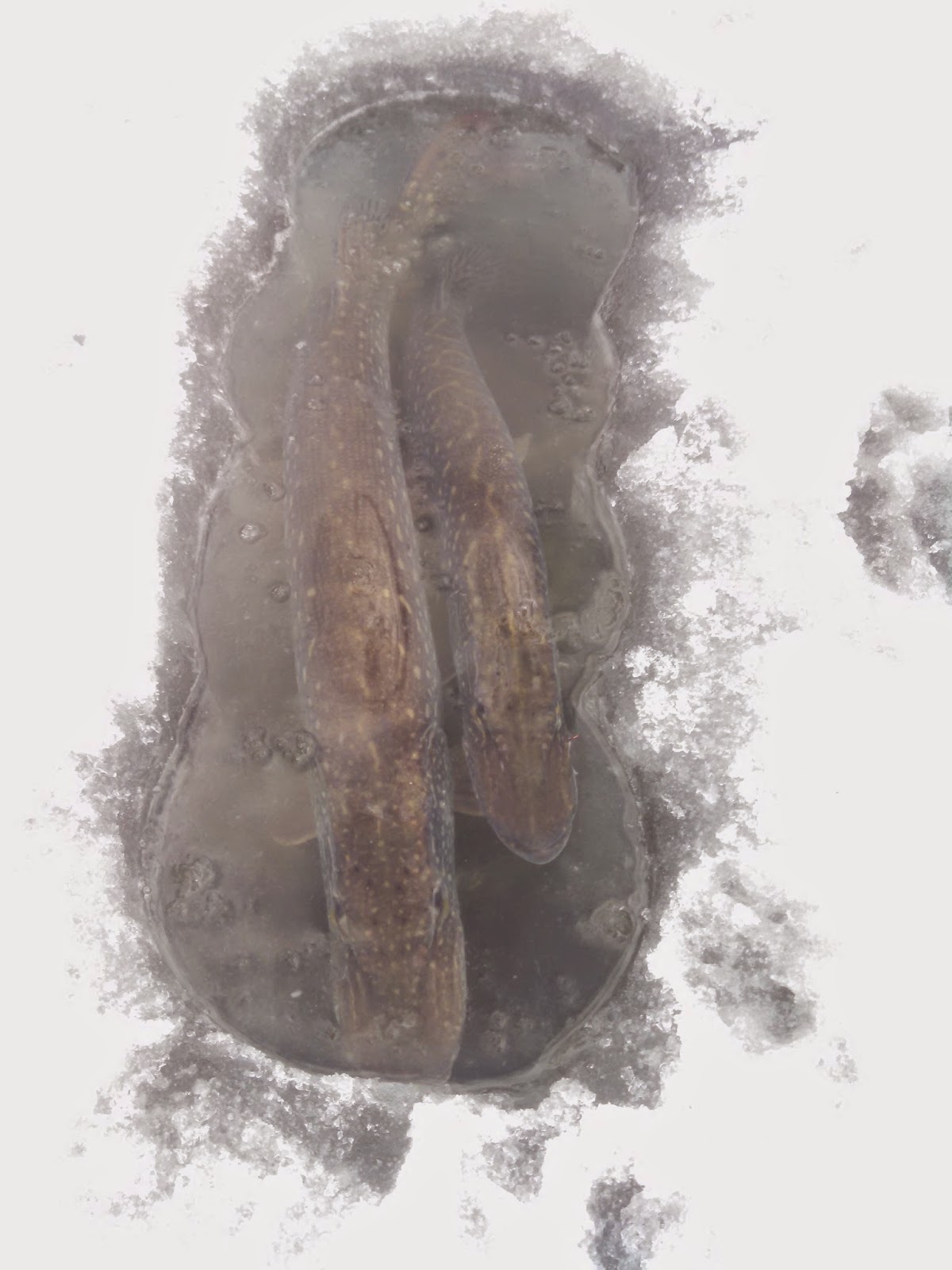 After such a long lull away from Pike fishing, I must say that great friends and family make for great memories on the ice!  All of us had a blast, and hope to get back at it again in the near future! 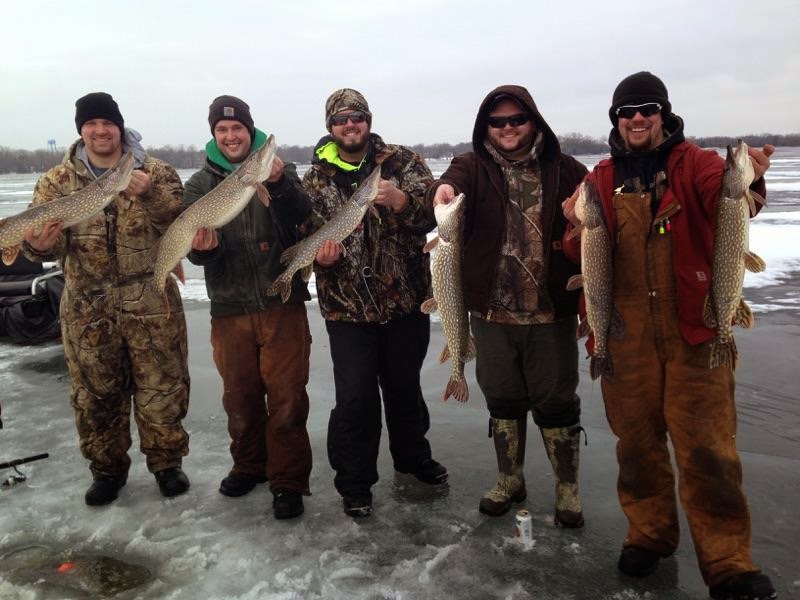