Lake Gogebic is home to some of the largest Perch in the Midwest, with Perch exceeding 13" on a regular basis with behemoths surpassing the 16" mark on occasion.  There are several theories as to why these Perch are so much larger than Perch out of neighboring lakes, ask a local and they will be sure to give you their .02 on the topic as well. 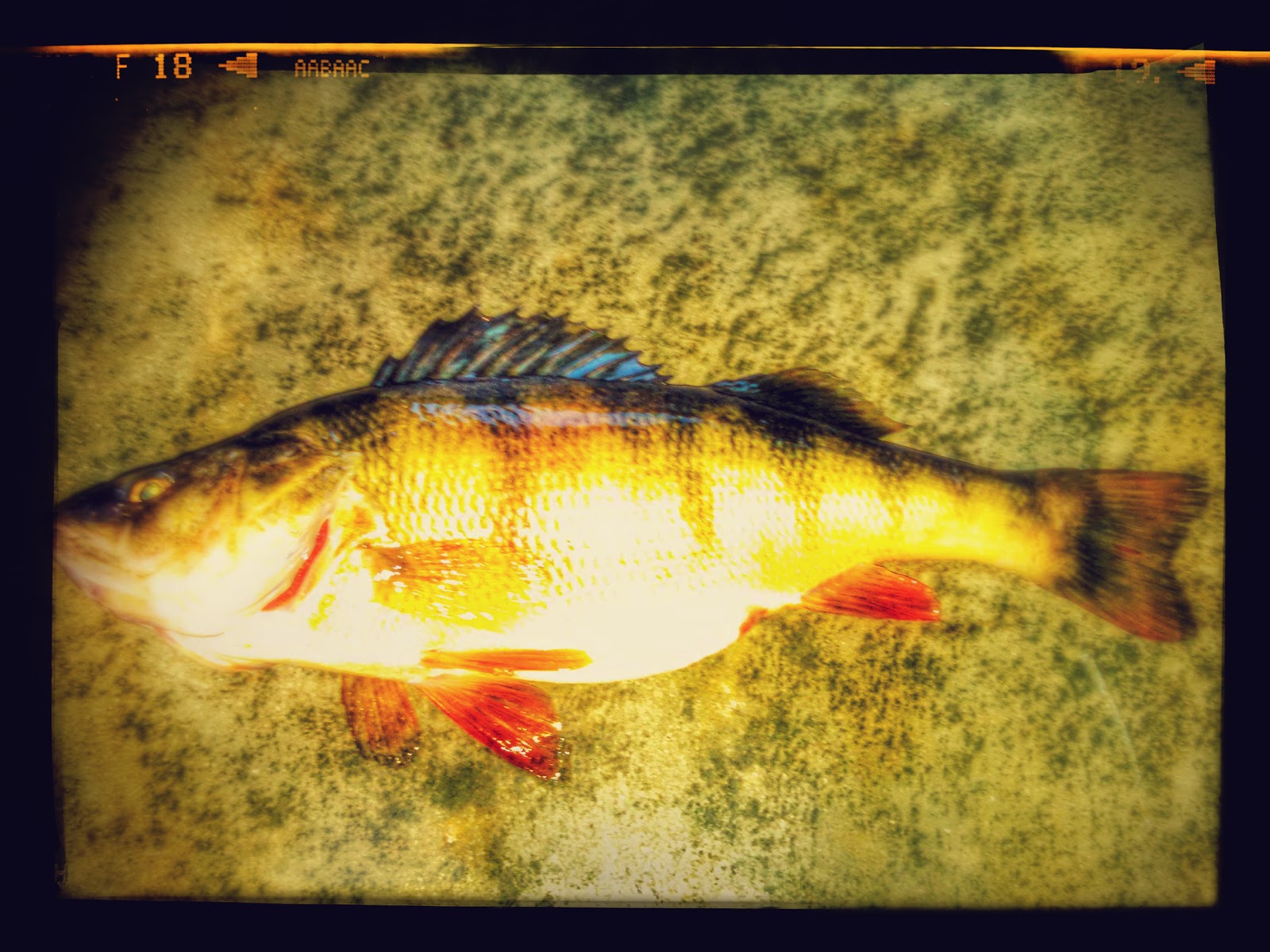 In my experiences on Lake Gogebic, bug hatches seem to happen all summer long, which keeps the Perch well fed and also growing at higher rates throughout the warmer months.  The reason I believe there are so many bug hatches, has to do with the bottom content of the lake.  While dropping anchor on a warm summer day to anchor the boat and float, I was shocked at how thick and soft the mud at the bottom of the lake actually was.  It seemed as if the anchor sank through around two feet of soft muck before it hit anything solid.  On another occasion, while retrieving my anchor I noticed a reddish muck unlike any muck I had ever seen before, which could be another clue as to the unique nature of this Perch paradise. 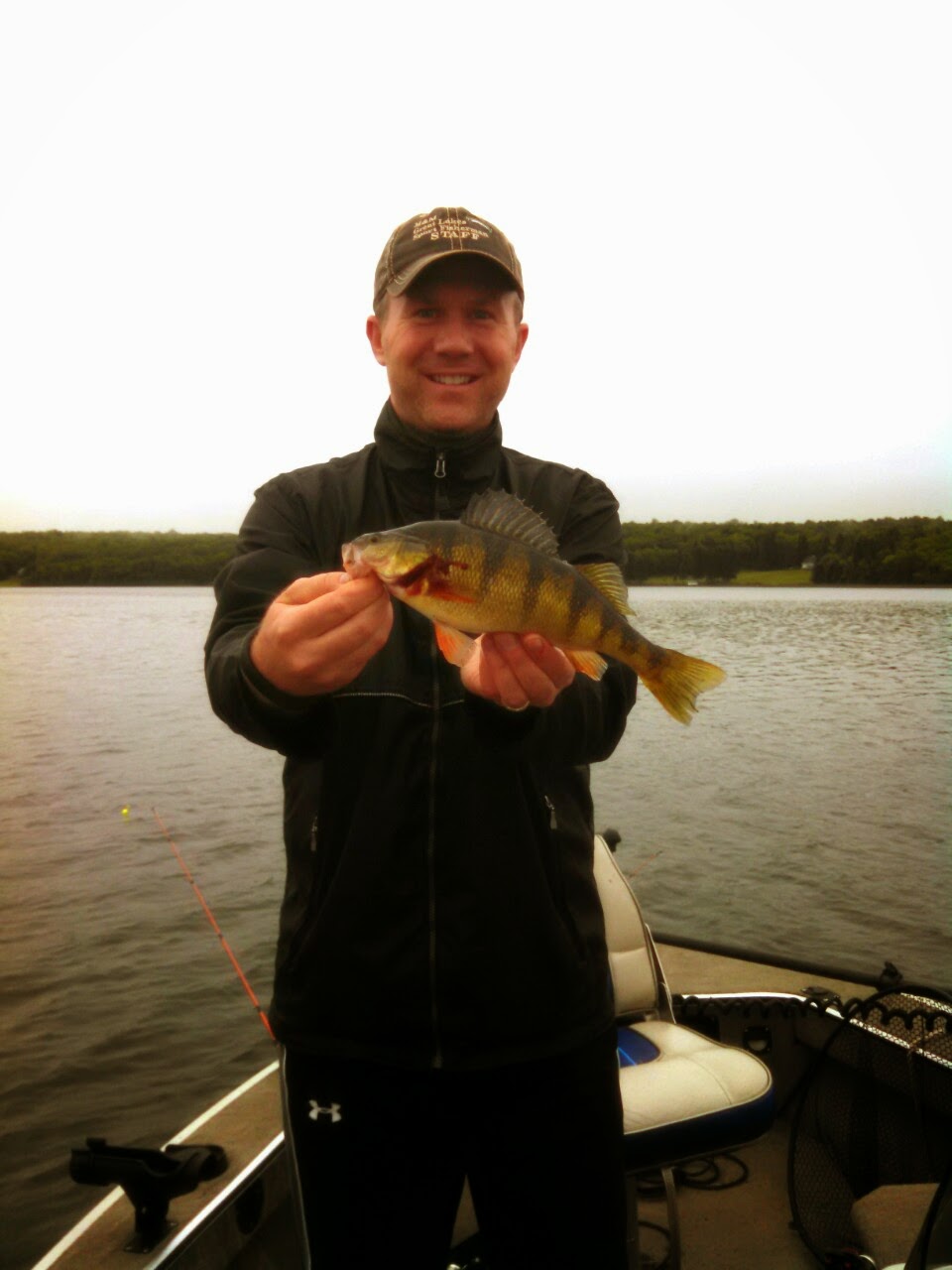 As for the Perch fishing, don't expect to make the long journey to Lake Gogebic and simply start catching Perch hand over fist.  Large Perch on this lake tend to roam in small schools or even on their own at times, which requires plenty of moving around by anglers to keep catching fish.  A good day on Lake Gogebic may only yield 8-15 Perch, but those 8-15 fish will produce more meat than 30 Perch out of any other lake within 100 miles! 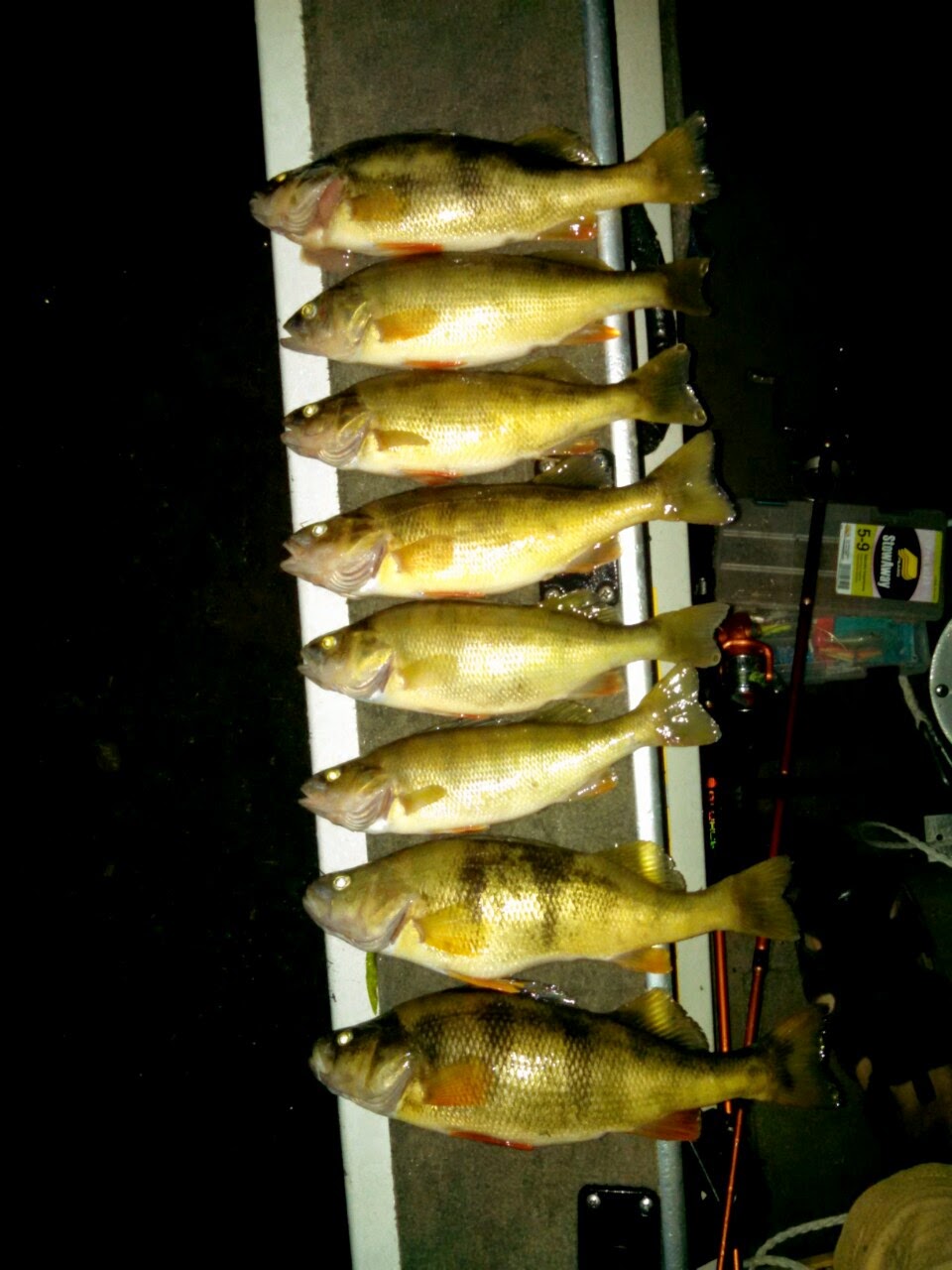 The average sized Perch in my experience is right around 11", with plenty of fish within an inch or so either way of this.  Not only are these Perch abnormally long for the region, they are also impressively fat.  These Perch eat so well year around which creates plump fish and great fillets! 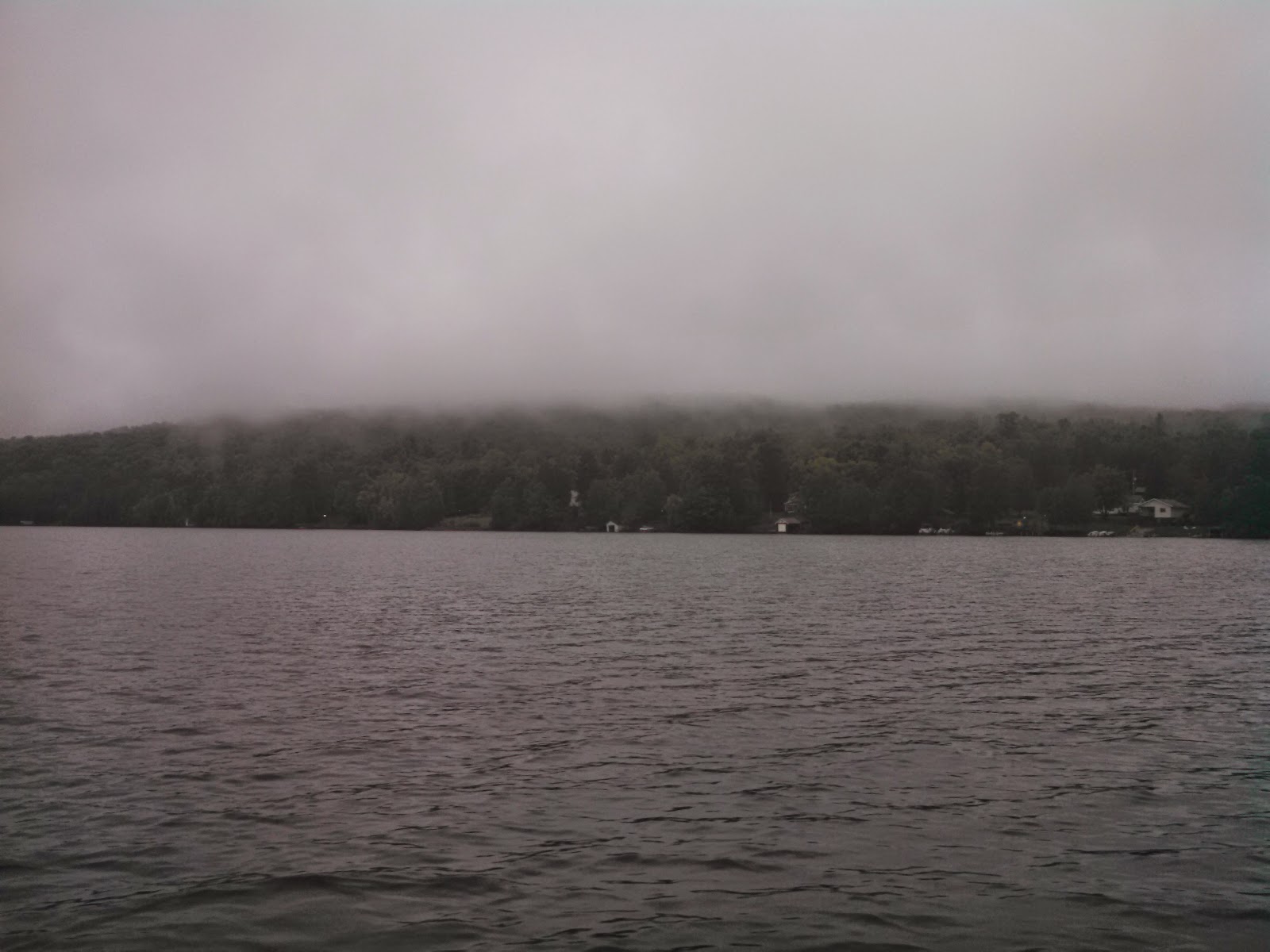 Perch can be found all over the lake, but the south and north ends of the lake contain the most weed growth which in my experiences held the most consistent Perch bite.  The mid-lake mud basin also holds Perch, with certain areas producing better than others.  Another often overlooked area for catching Lake Gogebic Perch is the drop offs where the bottom transitions from hard to soft bottom. 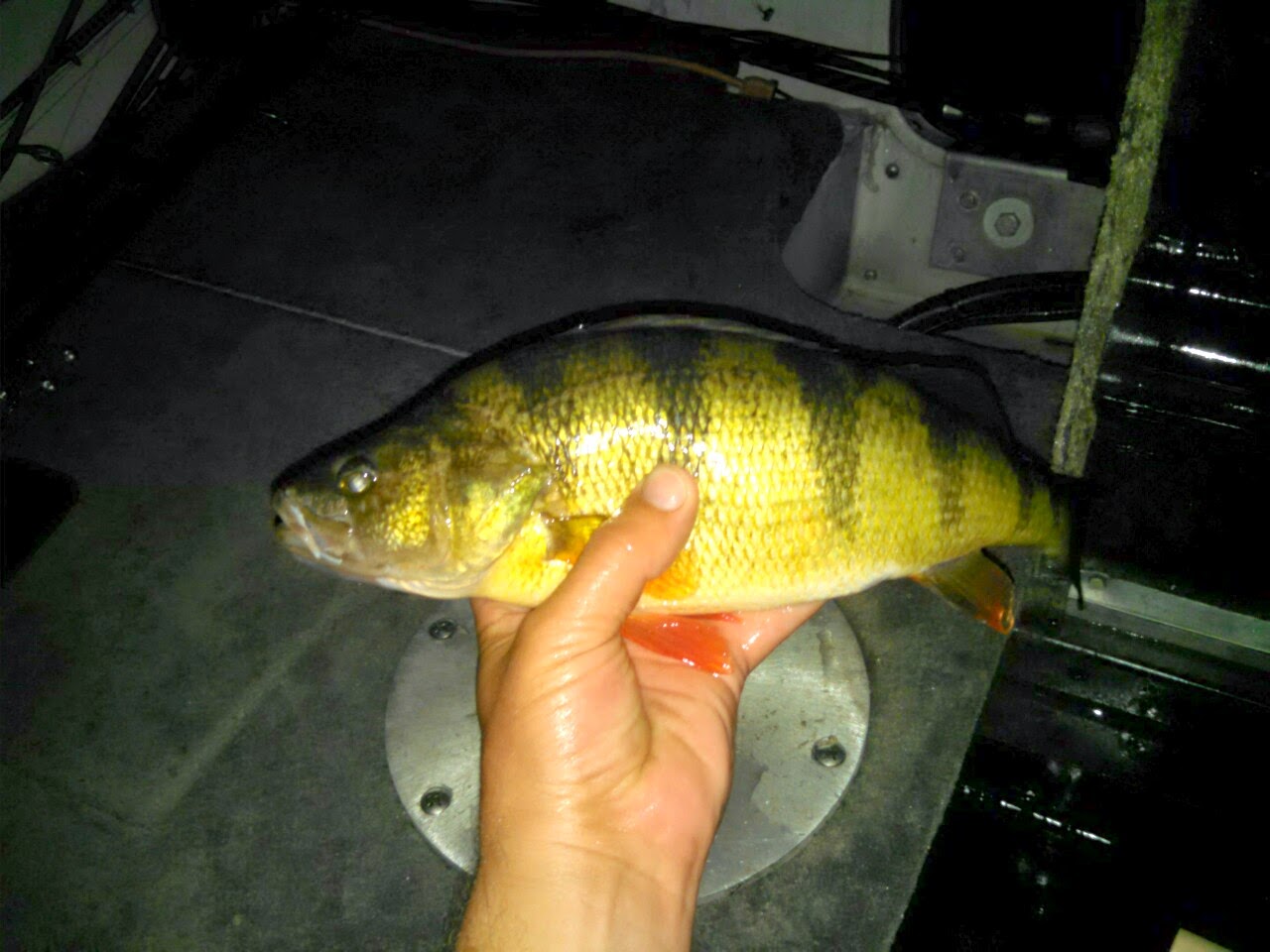 Another huge bonus Lake Gogebic offers is the peace and quiet.  On the busiest weekend of the summer, there might be a total of 50 boats, which are spread throughout the lake!  With over 14 miles of distance between the north and south shores of the lake, there is plenty of room for everyone to enjoy the lake and enjoy its beauty.

Ice fishing Lake Gogebic can also be hit or miss for Perch, but if you are fortunate enough to land on top of them, you can do really well!  The one thing to remember about the ice fishing is the snow.  Most years there is so much snow that vehicles aren't an option for travel, leaving snowmobiles as the most practical means of travel on the lake.  Without a snowmobile, you will likely spend more time pulling your vehicle out of the snow than actually fishing.

For more information on Lake Gogebic along with current fishing reports and lodging options, check out Lake Gogebic Chamber of Commerce